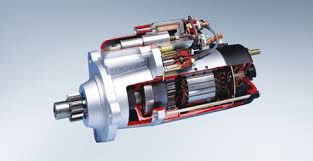 MP Auto Repairs is a leading provider of auto electrical solutions, using only the best technology and quality products in our repair, service, or installation work. If you are looking for high-quality supplies in Strathpine, Kallangur, and Petrie, or if you need expert advice for any job, contact our auto electricians now.

We provide expert technicians as well as a fully equipped workshop in Petrie to ensure the highest quality of work. In addition, our team is certified and trained in both electrical and air conditioning systems.

Beyond handling cars of all types, we have the expertise to attend to 4WDs, agricultural equipment, motorcycles and a wide range of vehicles – including golf carts. Our workshop is also available to accommodate a number of essentials and components, including light bulbs, batteries, and accessories.

If you’re in need of an auto electrician in the Petrie area, we can help with:

When you have problems with your car’s system, it may be related to the wiring. For example, perhaps a wire got lodged due to engine movement, or the connection may be loose. Our team can address all electrical wiring problems quickly and efficiently.

We can also help you with custom work, including rewiring a show vehicle, boat, motorcycle or installing accessories to make driving more enjoyable.

If you need a simple bulb changed or complex diagnostics and repairs, we have all the equipment and knowledge you need to get your vehicle up and running in no time.

Is your vehicle in need of an upgrade? Look no further than MP Auto. We offer a variety of spotlights, headlamps, and accessories that will enhance your driving experience. Visit our workshop to see the range for yourself.

Feeling the heat? Keep your air-con in top-notch condition when it matters most with our auto electricians in Petrie. Regular maintenance for these systems is crucial, so we’ll attend to any issues you’re currently experiencing with your system. From there, we’ll identify other potential problems or give it the treatment it needs to perform to the best ability.

Please note that we recommend servicing your air-con system at least once a year.

You should regularly check all your lights and bulbs. As sometimes they can fail in combinations, it's best to ask someone to look at the front and rear while you test them. Check your brake lights and indicators with the headlights on and off, as sometimes bad earth can cause a fault if both lights are on together.

Sometimes you may be dazzled by oncoming vehicles at night that appear to be on the main beam. Often they are not, it's just the alignment that's incorrect. Make sure yours are adjusted correctly, dazzling can cause accidents.

Few people realise how important it is to carry spare bulbs until one fails in the middle of a long journey. These are easily bought, stowed in the car and replaced by an auto electrician – a small price to pay for peace of mind.

Consult the handbook if you are having problems. If the light or lights still do not work after the bulb has been replaced, there may be a fuse fault. Look in the fuse box and find the appropriate fuse; replace if necessary or have an auto electrician do it for you.

An automotive battery is a type of rechargeable battery that supplies electric energy to an automobile.

An automotive SLI battery (starting, lighting, ignition) powers the starter motor, the lights, and the ignition system of a vehicle's engine.

These batteries are usually lead-acid type and are made of six galvanic cells in series to provide a 12-volt system. Each cell provides 2.1 volts for a total of 12.6 volts at full charge. Heavy vehicles, such as highway trucks or tractors, often equipped with diesel engines, may have two batteries in series for a 24-volt system or may have parallel strings of batteries.

Lead-acid batteries are made up of plates of lead and separate plates of lead dioxide which are submerged into an electrolyte solution of about 38% sulfuric acid and 62% water. This causes a chemical reaction that releases electrons, allowing them to flow through conductors to produce electricity. As the battery discharges, the acid of the electrolyte reacts with the materials of the plates, changing their surface to lead sulfate.

When the battery is recharged, the chemical reaction is reversed: the lead sulfate reforms into lead dioxide and lead. With the plates restored to their original condition, the process may now be repeated.

The recycling of automotive batteries reduces the need for resources required for the manufacture of new batteries, diverts toxic lead from landfills, and prevents the risk of improper disposal.

Since the battery is the source of electricity for a vehicle, it is no surprise that it is a common cause for many automotive electrical problems. Usually, the issue is a dead battery, caused when the battery can no longer hold a charge. Sometimes a faulty component of the vehicle can cause a dead battery, other times it can be a result of leaving a component like the headlights or stereo on for an extended period of time. This problem can usually be remedied easily with a jump start or a battery charge. A car battery can also become damaged or simply too old and in need of replacement from a qualified auto electrician - like ours in Strathpine, Kallangur and Petrie.

Another common issue auto electricians deal with is in the alternator.

Your engine runs on air, fuel and spark. The spark is the centre of it all, and for that we need electricity. Your battery supplies electricity, but only enough to get you a few miles down the road. We need more. That's where the alternator comes in. It continually charges the battery so that we never have to worry about that whole "running out of juice" problem. Your battery is 12 volts, but to keep the battery 100% charged and run all of your car's electrical components at the same time, the alternator has an output of between 13.5 and 14.8 volts.

The rotor is basically a magnet or group of magnets that spin, with all that speed, inside a nest of copper wires. These wires are called the stator. I won't go into all of the details about why a magnet spinning within a bundle of copper produces electricity, but it does. The next step in the chain is a diode assembly that changes the electricity from AC to DC current that your battery can use.

There is a final step in the chain, the voltage regulator. In modern variants, this is a built-in component. Back in the day, voltage regulators were big black boxes that had to be bolted somewhere under the hood and wired into the system.

The electric automobile self-starter, or best known as the starter, is the device chiefly responsible for carrying out the processes involved in starting vehicles up.

The car starter works by harnessing the power of the automotive battery. Once the key is inserted into the ignition switch and then turned to the start position, a tiny amount of current flows through the neutral safety switch and into the starter relay or starter solenoid. The starter motor then cranks the engine to enable the piston to create a suction drawing in the fuel and air mixture into the cylinder. The engine will then start as the spark created by the ignition system will ignite this mixture.

Turning on the ignition switch allows a small amount of power from the battery to flow to the solenoid above the starter. When the low-current power The electric automobile self-starter or best known as the starter is the device chiefly responsible for carrying out the processes involved in starting vehicles up.

The solenoid is also responsible for closing out high-current contacts for the starter motor and it then starts to run. Once the engine starts, a key-operated switch is activated and a spring in the solenoid assembly pulls the pinion gear away from the ring gear which then causes the starter motor to stop. Modern auto starter motors are equipped with a "bendix," a gear and integral freewheel, or overrunning clutch, thereby allowing the flywheel to automatically disengage the pinion gear from the flywheel when the engine starts.